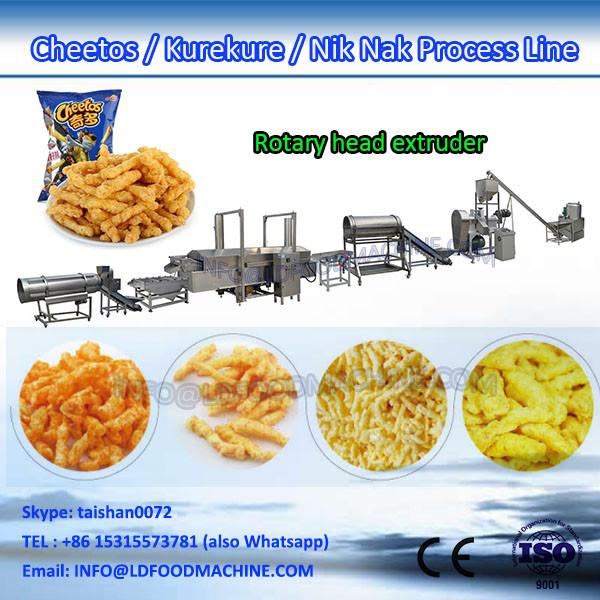 a): Flour Mixer
To mix corn grits meal with water to prepare the flour for Kurkure snacks

b): Rotary Die Extruder
To cook the corn meal and extrude the Kurkure from the die. The Rotary Die twists and curls the meal before extruding giving a uniform texture

c): Automatic Frying Machine
To fry the Kurkure in hot cooking oil. The uniform frying introduces the crunchy taste to the Kurkure

d) : Cooling Conveyor
To cool the fried Kurkure and reduce the temperature before packing

e): Automatic Seasoning System
To add required seasoning to the fried and cooled Kurkure to give the different flavors to them